Research Assignment on Design Elements in the Local City

Onomichi City, where our university is located, is a relatively small local city with a population of about 130,000. In the past, Onomichi was a hub of cultural, material, and human exchange where Kitamae ships called at ports. Since the modern era, it has developed as a key location for maritime affairs in the Seto Inland Sea. What is the design that characterizes the townscape of such a small local city? The elements that shape the region image in a metropolitan area change rapidly in response to the changes of the times, but those in a local city are relatively gradual and have a retro feel that seems to have been left behind by the times. Onomichi City has been registered as a Japan Heritage Site as a tourist city and is gradually regaining its vitality due to the influx of people. However, it also had a problem of population outflow and depopulation due to the steel recession after the high growth period when the shipbuilding industry was flourishing. Seemingly to remind us of the past, the entertainment district (Shinkaichi district) is still lined with many large and small stores, and the 1.2 km long arcade shopping street that runs east to the west still exists in the city center. Therefore, the laboratory of Professor Masumi Nozaki, who specializes in illustration in the Department of Art and Design, created an illustration assignment for the third-year students of the 2020 academic year with the aim of extracting the design elements that characterize the city scattered around the local commercial district.

Specifically, we asked students from the Illustration Laboratory to research the area and “draw” signboards of stores they thought were “typical” of Onomichi. Books with photos of retro signs and Showa fonts in urban areas are often seen in bookstores these days, but this assignment focused on reconstructing them as illustrations based on the photos to be aware of the design elements that shape the image of the city. Furthermore, as a countermeasure to the restriction of movement in the coronavirus pandemic, our goal is to reconfirm the design within the vicinity without going out far. Although this assignment was started last year, it was well-received by the students, and the quality of the work was high. We would like to continue the same assignment for a while to compile data that can be used to decipher the trends and changes in the designs that make up part of the characteristic landscape of Onomichi City. 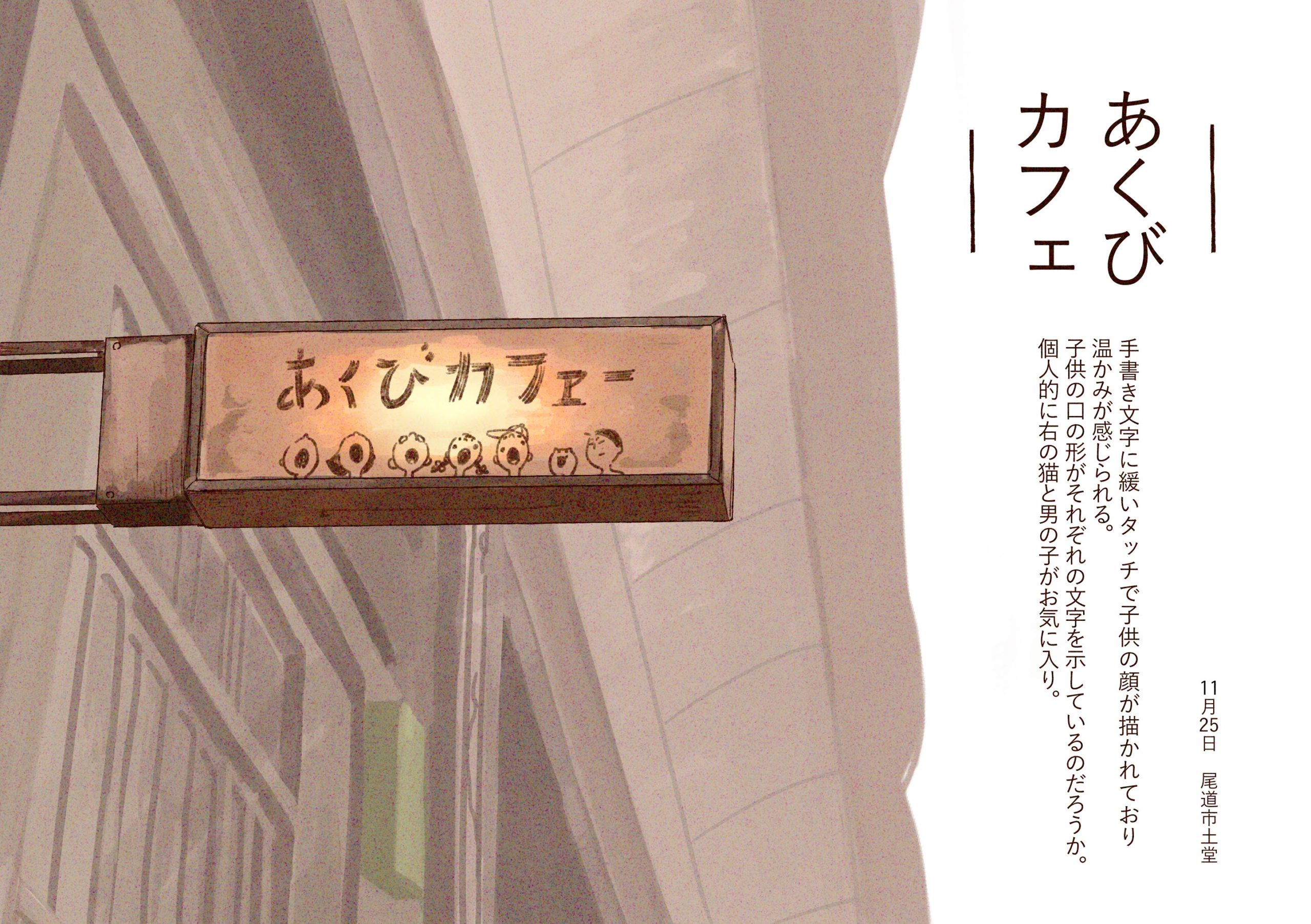 Thinking about Design on the Southern Island

Efforts to Create a City as a Place for Experimental Presentations

The Relationship between Region and Design

Efforts to Create a City as a Place for Experimental Presentations

The Relationship between Region and Design